Our city is a wonderful place, thanks to its vibrancy, diversity and sense of community.  There are many aspects of our community that contribute to making it a prime place to live, work and play – beautiful parks, quality sporting facilities, stunning waterways, vibrant shopping precincts and dining quarters.

Most importantly, Canada Bay is defined by its active, passionate and caring community – active local organisations, individuals and groups that are passionate about our area.

The City of Canada Bay is home to over 80,000 people and we are committed to providing our residents with up to date, relevant information and services to help make local matters easier to navigate.

Our website has been designed and developed with our community in mind. We want to ensure that it contains up to date information that is relevant to you and your family, and that it provides you with what you are looking for about our services and city.

We welcome your comments and feedback on our website so we can continue to improve it. Please contact us by email or phone on 9911 6555.

There are a number of events throughout the calendar year (dates and further information below).

Citizens of the Year

Our yearly Citizen of the Year awards offer the perfect opportunity for us to salute and reward those residents who work hard supporting our local community while achieving success in their chosen fields.

Nominations for our 2019 Citizen of the Year awards are now open. To nominate your local hero, click here. Nominations close on 22 November 2019.

Our 2018 Citizen of the Year award recipients were:

After migrating to Australia from Lebanon in 1967, Joseph established the world’s first multicultural communication agency, becoming the pioneer of communicating with diversity.

Joseph is the founder and chairman of the Ethnic Business Awards. Established in 1988, this is the longest serving national business awards program. These awards celebrate diversity and multiculturalism, and achievements of migrants who made Australia home. Late last year the Ethnic Business Awards celebrated its 30th anniversary which was filmed by SBS.

Joseph has served on many boards, councils and committees and is the recipient of many awards and recognitions including:

•             Lifetime achievement awards from the Migration Council of Australia

Joseph has been a resident of Drummoyne for over 30 years where he lives with his wife Angela and three sons.

Daniel is an active City of Canada Bay resident living in Concord who, despite having significant health challenges, is passionately involved in Let’s Get Going, a mentoring program for young adults who are physically or intellectually challenged, based in Five Dock.

Within this setting, Daniel is a natural leader amongst his peers. He was very active during 2018 Men’s Health Week and visited LuLu Lemon to help his male peers select training attire. He has also spoken on behalf of Let’s Get Going at fundraising functions.

Among his involvement with Let’s Get Going, Daniel attends weekly classes at Dancing Hearts in Concord and demonstrates his basketball skills every Monday afternoon at PCYC.

At age 17, local Drummoyne resident Franco attended the Football Federation Australia Talent Identification and Development program based at the Australian Institute of Sport in Canberra. He then spent six months at Italian giants ‘AC Milan’ and a further six months in England with ‘Tottenham Hotspur’.

Following these opportunities Franco then played seasons for Sydney Olympic, Telstar and Newcastle Jets. He was also a member of the 2004 ‘Olyroos’ summer Olympic Games team.

The local football community is enriched by the passion, generous mentoring and positive influence Franco Parisi gives to his club, fellow players and to the juniors he has coached over the years.

President of The Embroiderers' Guild NSW, Wendy has led by example and worked tirelessly to bring the art of embroidery into the community. Under her the Guild has extended its work with children, refugee groups, distance learning and integration in the community including other cultural and artistic groups.  Wendy has also led Exhibition and Education Programmes for the Guild.

Through the Guild Wendy has also been involved with Afghani refugees and enjoyed visits with them at Auburn and Guildford.  They have also visited the Guild at Concord West for a day of traditional Afghani stitching.

Citizen of the Year honour board 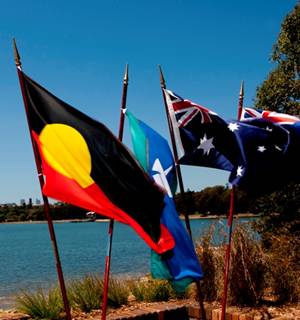 Citizenship ceremonies are special events. They fulfil requirements under Australian citizenship law. They also provide an important opportunity to officially welcome new citizens as full members of the Australian community.

For more information about becoming an Australian citizen visit the Department of Immigration and Border Protection website or contact them on 131 880.

Please note, City of Canada Bay has no role in the processing or determination of citizenship applications or holding of citizenship tests. For enquiries or information on the status of your application, allocation to ceremony dates, the need for urgent citizenship ceremonies, or to download an application kit, contact the Department of Immigration and Border Protection by telephoning the Citizenship Information Line on 131 880 or visit the Department of Immigration and Border Protection website.

My office doors are always open to members of the community who would like a chat about a local issue. Get in touch with me via phone: 9911 6503 or email: angelo.tsirekas@canadabay.nsw.gov.au.