Traditionally, the lives of the Wangal people were strongly focused around the harbour and its foreshore. The local area of Hen and Chicken Bay was traditionally a major meeting place for Aboriginal people from Port Jackson and the wider Sydney region and as such is a significant cultural and historical site within our City. The Parramatta River, as it is now known, provided a large focus for local traditional food gathering, however, the Wangal people also hunted animals, harvested plants and gathered raw materials in the local area.

Today, some Aboriginal people living in the area may still have ties to the Wangal people and the Eora nation while others living in the City are likely to have ties with other parts of NSW and Australia.

Aboriginal cultural heritage signage was installed at Timbrell Park and on the Bay Run in February 2022. This signage was proudly funded by the NSW Government in association with the City of Canada Bay. 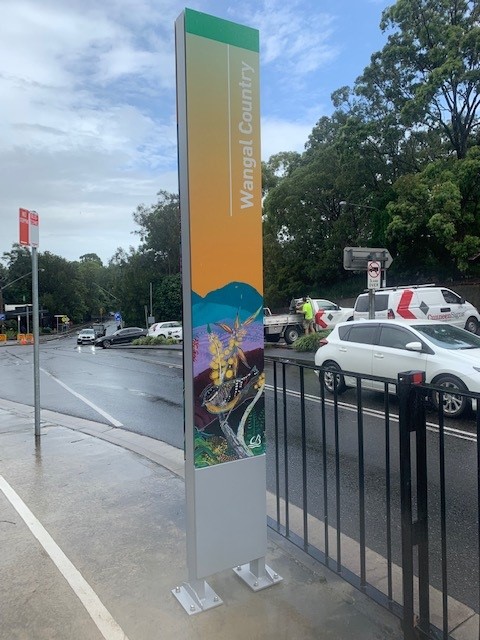 The following podcast and videos can be accessed from these signs via QR codes.

Click here for a message from the Metropolitan Local Aboriginal Land Council.

Click here to learn more about the Bay Run including the local Indigenous culture, history and ecology of the area.

The City of Canada Bay acknowledges the Wangal clan, one of 29 tribes of the Eora nation and the traditional custodians of this land.

The City’s Council pays respect to elders past and present and extends this respect to all Aboriginal people living in or visiting the City of Canada Bay.

On Thursday, 20 October 2011, the City of Canada Bay and the Metropolitan Local Aboriginal Land Council gathered at Rodd Point to celebrate the signing of the Principles of Cooperation between the two organisations.

The Principles of Cooperation signing was a significant occasion, which acknowledges the commitment made by each organisation to work together to achieve better outcomes to promote Aboriginal cultural heritage and, through our partnership projects, enrich the lives of the broader community.