The City of Canada Bay has taken home the Resource Recovery and Waste Minimisation Award at the 2022 Keep Australia Beautiful NSW Sustainable Cities Awards this week.

This comes after the City of Canada Bay won the NSW Overall Sustainable Cities Award at last year’s ceremony and were named hosts of this year’s awards event.

Sponsored by the NSW Environmental Protection Authority, the award recognised the City of Canada Bay’s first Resource Recovery and Waste Strategy, which sets the City’s pathway toward zero waste.

In its first year on the pathway to zero waste, the City of Canada Bay implemented several projects to achieve its goals to increase recycling and reuse, and reduce litter, greenhouse gas emissions and waste sent to landfill. These projects included apartment recycling and composting programs, a household recycling pick-up service, illegal dumping trials, the Love Your Place clean-up program and more.

“It was an honour to be recognised for our leadership in sustainability last year, and this year’s win reflects the ongoing work we are doing locally to achieve zero waste to landfill and build a more climate resilient City,” Mayor Tsirekas said.

Council has continued to deliver innovative waste programs and services, and even successfully applied for a grant to begin a new Food Organics and Garden Organics collection trial this year.

To read more about what the City of Canada Bay is doing to work towards zero waste, visit our website. 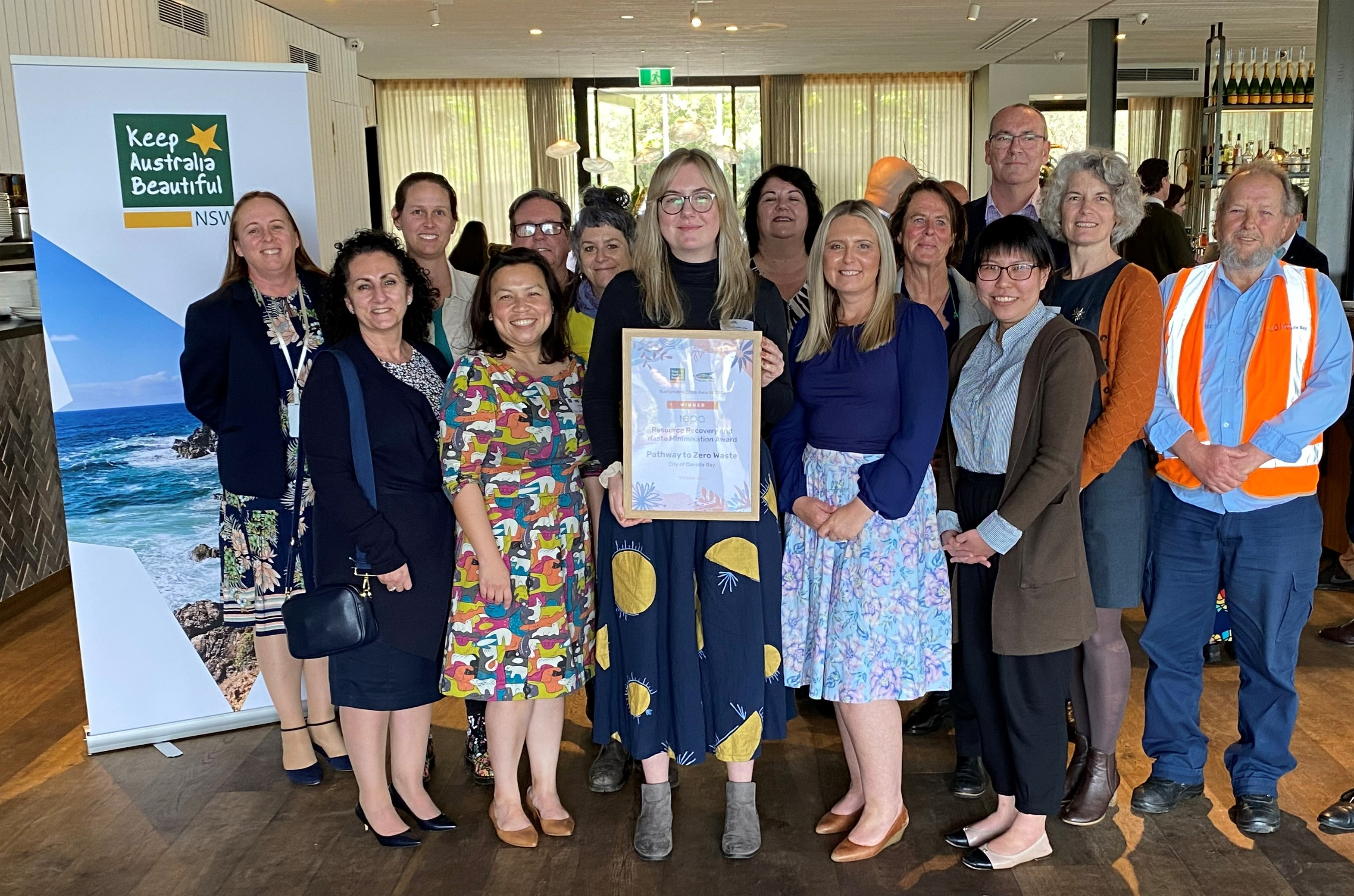